Unlike Jestyn, Bunny is well known for being kind-hearted. Unfortunately she also has trouble in keeping commitments.

Bunny Leishman (née Hardy) is a playable resident in my player stories in The Sims 2 in Pleasantview. She is the wife of Jestyn Leishman and the mother of Amber and Dhemosse Leishman. Bunny has long blonde hair and wears a brown jersey and tight blue jeans. She is employed in the Law Enforcement career, like her husband. Bunny is voiced by Gerri Lawlor and is 29 days from being an Elder.

Bunny lives in 105 Sim Lane with her husband Jestyn, their children Amber and Dhemosse, and their teenage roommate Suzy Parker.

Despite being a Romance Sim, Bunny doesn't want to commit affairs. She just wants a romance oriented life, rather like her husband. Her chosen aspiration doesn't make life easy for her and she has a non mutual crush on her friend Goopy Letourneau (né Gilscarbo). At some point before she and Jestyn got married, Bunny attempted some romantic interactions with Goopy, which the latter didn't accept. Also Bunny does not realise that Jestyn is having an affair with her friend Nina Caliente.

Overall, Bunny lacks the aggressive nature of her husband but when she first moved into Pleasantview she was very poor and was briefly digging for gold as well as looking for love. She was overjoyed when she met Mortimer Goth and was even more so when he entered her house. However any plans to gain access to a piece of Mortimer's gold was soon ruined when Bunny tried to ring Mortimer up at 6:00 AM when he was asleep.

Bunny has made several friends with other Pleasantview residents such as her roommate Suzy. Bunny's relationship with Nina Caliente went off to a rocky start but they managed a friendship eventually. Making friends with Goopy wasn't particularly easy either. Like her husband Jestyn, Bunny has good relationships with General Christy Stratton, Amin Sims and Marisa Bendett.

Bunny didn't attract as many men as Jestyn attracted women but she has attracted quite a few including Abhijeet Deppiesse whom Jestyn is feuding with.

Bunny initially started out as a Team Mascot in the Athletic career but because of its low pay, she quit the job and got a job as a Security Guard in the Law Enforcement career. Although she was soon fired, she was ultimately given a second chance and got two promotions. She is currently rising through the ranks alongside her workmate Dina Caliente to becoming a Captain Hero. 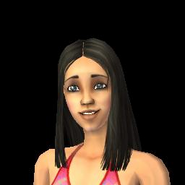 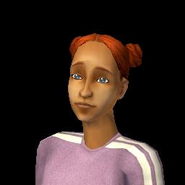 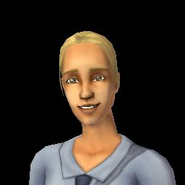 Retrieved from "https://csydes.fandom.com/wiki/Fanon:Bunny_Leishman?oldid=88394"
Community content is available under CC-BY-SA unless otherwise noted.