King Penguins look and behave like Emperor Penguins. But they are smaller and do not weigh as much as emperor penguins do, and they are more brightly coloured. However, according to research that I did on the 24th January 2018, there are several other differences between the two types of penguins, including one difference that I saw but never acknowledged as a key difference. 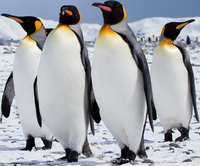 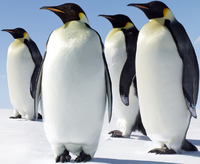